Last week it was my Mum’s birthday. Now she loves….and I mean really loves a good cup of tea, so I thought how hard would it be to make a cake ‘teapot’? As it turns out, pretty flipping hard! Now I will admit that on the day in question, I was juggling several different balls at the same time, and seriously underestimated how much time I actually had. I’d planned an afternoon tea (while the men were on the match) and a buffet in the evening, surprise guests in the form of grandchildren from the other end of the country…..and well…things got chaotic. Nicely chaotic, but chaotic nonetheless, and as you know, I can only do things in short bursts due to my condition, so frequent rests had to be taken throughout the day. Luckily, I had help from my nieces, Cesca and Georgia, my daughter Katie, my Mum herself, and daughter in law Abigail. But…. the ‘teapot’ I stuck a candle in, well to say I wasn’t happy with it is an understatement 😣 and I refused to take pictures of it. The cake itself was fine….. Chocolate Orange since you ask 😜….but I’d crumb coated it in buttercream before covering in fondant. My kitchen got very hot (as did I) and things started to slide (mainly the fondant), the spout had a very suspect droop despite cocktail sticks stuck in everywhere, well you get the picture. So the next day I removed both fondant and buttercream, and crumb coated with ganache instead before recovering with fondant. All good so far…..except for that ruddy spout! See the cocktail stick?

Frustrated, I did what I should have done in the first place. Ask for advice. I turned to a Facebook group I’m a member of ‘Baking Buddies’, posted the above pic and said ‘help’! And they did! 😊

A quick redo later, and I had this… 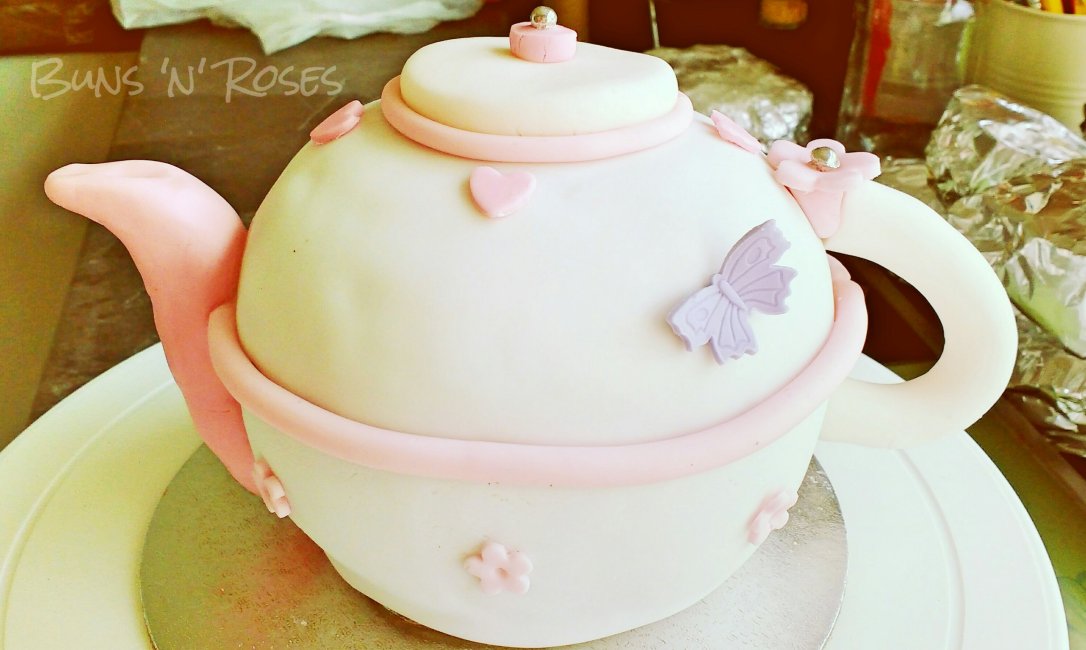 Much better 😁 There’s a quote I’ve heard before that is something like ‘Mistakes are just opportunities to learn’ I don’t know who said it, but it’s so true. Big thank yous to the Baking Buddies who responded to my post. I love groups like this, bakers of all different expertise in one community, who are supportive of each other. I highly recommend joining one regardless of where you are on your cake journey. There’s always something new to learn, and someone willing to pass on their help ❤