What a week! Beavering away in the kitchen to get my goodies ready for the Church Christmas Fair, finally having my tooth out, plus Panto Rehearsals………I’m absolutely shattered, but glowing in a sense of achievement 😊

So, the first thing that happened was the tooth saga. This has been going on for well over a month, starting with the dreaded abscess 😔 So painful that I have a new found sympathy for anyone with toothache! Fortunately for me, I’ve never before had toothache like it, and perhaps not been very empathetic when others have described it. It’s a pain unlike any other! Unfortunately for me, it happened on a day that my dentist was closed, so I ended up in the emergency dental clinic. They patched me up and recommended extraction. My dentist wanted to try and save it, and so began root canal treatment. When the pain hit again it was weekend, so…. back to the emergency dentist again. A different one this time, but he also recommended extraction, and that it needed to be done by an oral surgeon. My dentist said no. He would extract it himself. After what felt like an hour of tugging, pulling and twisting, he gave up after only managing to remove half of the tooth! Finally, I was referred to the proper clinic, where they had to cut my gum to get the rest out. This was 6 days ago and it’s still really sore 😷 and the stitches haven’t dissolved yet. Unsurprisingly, I’m thinking of changing my dentist!

On to the Christmas Fair. I had made quite a few things in advance, but they still needed packaging up, and some things had to be made nearer the time. I ended up last minute, after planning my week so that I wasn’t doing too much every day, best laid plans eh? First the tooth thing happened, then on the Wednesday, I’d forgotten we were going for afternoon tea with my in laws as a pre Christmas treat. On Friday I delivered some cakes, which turned out to be an hour and a half round trip due to bad traffic, and I wasn’t sleeping well because of the toothache (gum ache?) so kept falling asleep during the day too! Anyway, I got there eventually, and had a lovely morning. Pantomime Society opened the fair with Christmas carols, and a sneak preview of our opening number from ‘Cinderella’, and I (just about) managed to get my stall set out in time thanks to my friend Elaine 😊 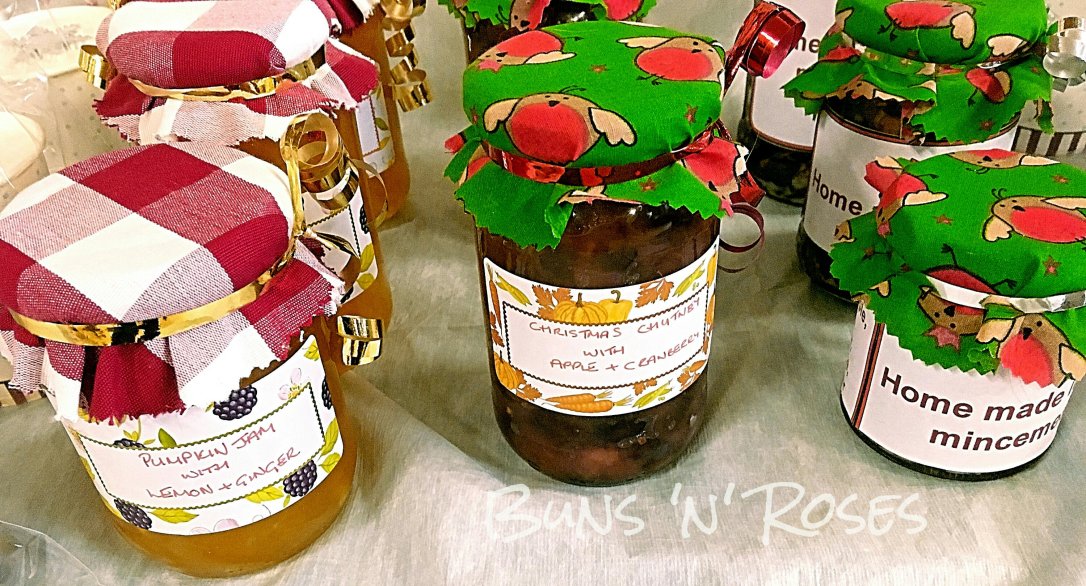 Selection of home made fudges

Christmas Mug set (see below for snowman stirrer, then add a treat or two and package in a Christmassy mug. Wrap in cellophane and curling ribbon) I got these mugs from

Christmas Cake in a paper cup!

The whole shebang (apart from the gingerbread which forgot to photograph)

Father Christmas made an appearance, to the delight of the kiddos…..well most of them! I suppose a large chap in a red suit might be a bit scary for a toddler lol 😋

By the time I got home, I just wanted my comfy chair, Charlie on my knee, a good cuppa and a nap! After snoozing away most of Saturday afternoon and Sunday morning, I was refreshed enough for Pantomime rehearsal, where fortunately my task of going through the songs with the cast was quite relaxing for me 🎶

So, resting is on the agenda again today. It’s really cold out, there’s snow on the ground, the Christmas tree lights are twinkling, the fragranced candle is lit and I’m snug as a bug!

If you’re out and about today, watch out for icy conditions, and as always

2 thoughts on “And breathe!”