In this post, I thought I would give you an insight into how I manage my baking with my particular mobility and pain issues.

Before I begin, here’s a reminder of my condition, OPLL

As you can see, it’s a debilitating chronic condition, with a whole host of possible symptoms. Mine is the mixed type, and was picked up after a fall in 2012 pushed the ossification into my spinal cord causing severe multilevel compression from C2-C7. Up to that point, I was blissfully unaware of it, although I now know that it would have caught up with me eventually. The difference being that the symptoms would have manifested gradually, possibly giving me more options for treatment. Because of my injury, my options were limited. It didn’t help that even after my fall, it was a good five months before I was given the mri scan that eventually provided the diagnosis. By that time my options were surgery, or be in a wheelchair within 12 months. Not much of a choice huh? Needless to say, I had the surgery (cervical laminoplasty) to create space around my spinal cord. Unfortunately, there was some atrophy and irreversible damage. My current symptoms are chronic pain in my legs, buttocks, hands and feet resembling a burning sensation (think sunburn!) weakness in my arms, hands and neck, myelopathy, numbness and tingling, muscle spasms, difficulty with balance, problems with grip, difficulty urinating, anxiety and depression. In 2014, I had further surgery to implant a spinal cord stimulator. Along with my array of medications, this helps with the pain in my lower body.

So now you have the background! As you can imagine, it took me a good few years to come to terms with the lifestyle changes this necessitated, but that’s a whole different post! For now, I’m just going to concentrate on the physical limitations, except to say that it was during counselling that I was advised to find a hobby that was (a) doable, and (b) something I actually enjoyed!

Which brings us to the baking! (At last, I hear you cry!)

Baking was something I had always enjoyed from when my kids were small and started having birthday parties. I would try to create their favourite toys or cartoon characters out of cake, with varying degrees of success! For more adult family birthdays, I had a go to chocolate fudge cake, but that was the extent of my repertoire really. I made everything by hand with just a mixing bowl and a wooden spoon. The availability of ready to roll icing in every colour under the sun in the 1980s was a game changer for children’s cakes though! I think that was when I started experimenting with character cakes for the kids birthdays! Nowadays, I take photos of every cake I make, but mobile phones didn’t have cameras then. I’m sure we must have taken photos at birthday parties, but they’ll be in a box in the attic somewhere….and maybe that’s a good thing!

Here’s a few more recent ones:

It was after my second surgery in 2014, that I finally felt able to revisit the advice I’d been given about focusing on a hobby. Up until then, I hadn’t really accepted my new ‘reality’, and wasn’t ready to listen. That’s the thing about advice. It doesn’t matter how good it is if you’re not in the right place on your journey to accept it. But I was reminded of it during a later counselling session, and this time, it was the right time, if that makes sense?

So, how did I go about it? Well, I discovered this magical place called YouTube, where experienced Cake Artists were miraculously willing to share their skills! You can find a list of recommended channels on my homepage if you want to take a look yourself 😀 I became obsessed with watching tutorials and trying them out. But it was difficult, because I could no longer rely on my wooden spoon and mixing bowl. My hands just didn’t work like that anymore. I couldn’t stand for long either, or sit for long periods without supporting my neck for that matter.

However, my lovely husband could see that my interest was piqued, and that it was having a positive effect on my mental health. I knew there were appliances that could help me, but financially, we weren’t in a position to go on a spending spree! But he did buy me a stand mixer for my birthday. It was the most beautiful thing I’d ever seen 😀 It was a Morphy Richards Stand Mixer similar to this one, in a gorgeous ruby red colour, and it was wonderful!

I could mix up a cake batter in no time, and without hurting my hands. The house that we lived in at the time had a very long kitchen which also had a small dining table in there, so rather than stand at the worktop, I set up a baking station there so I could sit down.

The actual decorating part was a bit more tricky, but I found that if I took things at my own pace, and kept it reasonably simple, I managed. There is a ‘cost’ involved of course. Even having a timetable of 3 days didn’t leave me totally unscathed. Day 1, I would bake, Day 2, fill and first coat of buttercream, Day 3, final buttercream or fondant covering, and add any decorations. Day 4, sleep or rest all day! (Sometimes Day 5 too) Part of the advice I was given was to weigh up the benefits and the consequences. And of course, plan for those consequences. The pleasure I get from completing a cake, whether it’s a family birthday, a friend’s grandchild or just a treat, also releases pain relieving endorphins, which means I often don’t feel as uncomfortable whilst I’m ‘in the moment’, but I’ve learned to factor in my ‘rest days’ afterwards, by making sure I have no other plans for at least 2 days. Hubby knows that he’ll be practically babysitting me during that time too. But, you can’t beat the satisfaction of a job well done, the happiness on the face of the recipient, and the joy of doing something you love. There’s also the feeling that you are ‘contributing’ in some way too, which is something I struggled with when I had to give up work.

So basically, you weigh up the pros and cons, and if you think the former outweighs the latter, go for it! And of course, every day is different. Anyone who suffers from chronic pain from whatever cause, knows that there are ‘bad days’. At those times, you have to be sensible and honest with yourself, which is sometimes harder than it sounds.

A few years later, and I’ve moved on from ‘Ruby’ my first mixer. She served me well, but I wanted something a little more powerful. So when the chance to buy a Kitchenaid stand mixer cropped up, along came ‘Luther’ Kitchenaid Artisan Stand Mixer. Isn’t he handsome?

The Kitchenaid is a joy to work with, and mine came with a flex edge beater, which scrapes the bowl down as it mixes. Three years ago, we had to sell our family home of nearly 20 years, and move to a bungalow, so Luther now takes pride of place in my new ‘designed for me’ kitchen. I’ve picked up lots of cake decorating tools and gadgets over the past few years, all making my hobby a lot easier to enjoy. Another really useful appliance is a food processor, especially one with attachments for slicing and grating as well as chopping. I can even make pastry again! I have this one

I do appreciate that some of these items are not in everyone’s budget. They wouldn’t have been in mine if we hadn’t have had to move house! But I know I’m going to use them a lot because of this passion I have found for baking, and the therapeutic value of this hobby of mine has been nothing short of miraculous!

If you’re not sure it’s for you, but you’d like to give it a try, ALDI Special Buys do their own range of appliances called ‘Ambiano’ to start you off, which are very reasonably priced. If you don’t have problems with your hands, you can also pick up an electric hand mixer in most supermarkets. These are quite capable of mixing up a simple cake batter and buttercream too.

Whatever you decide to do, and I do recommend giving baking a try 😀 finding something to focus on, that you enjoy, definitely has therapeutic value, both physically (remember those endorphins?) and mentally. It’s called distraction technique and really does work! And if you do try baking, you get cake 🍰 as a bonus!

Please do let me know how you get on, or tell me what hobbies you have found therapeutic for you 😀 I have another one to share too! But that’s a whole other story!

2 thoughts on “How I manage to bake!” 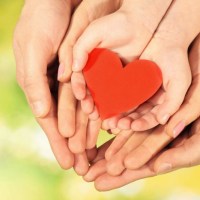 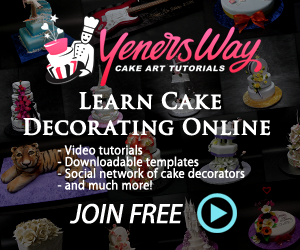